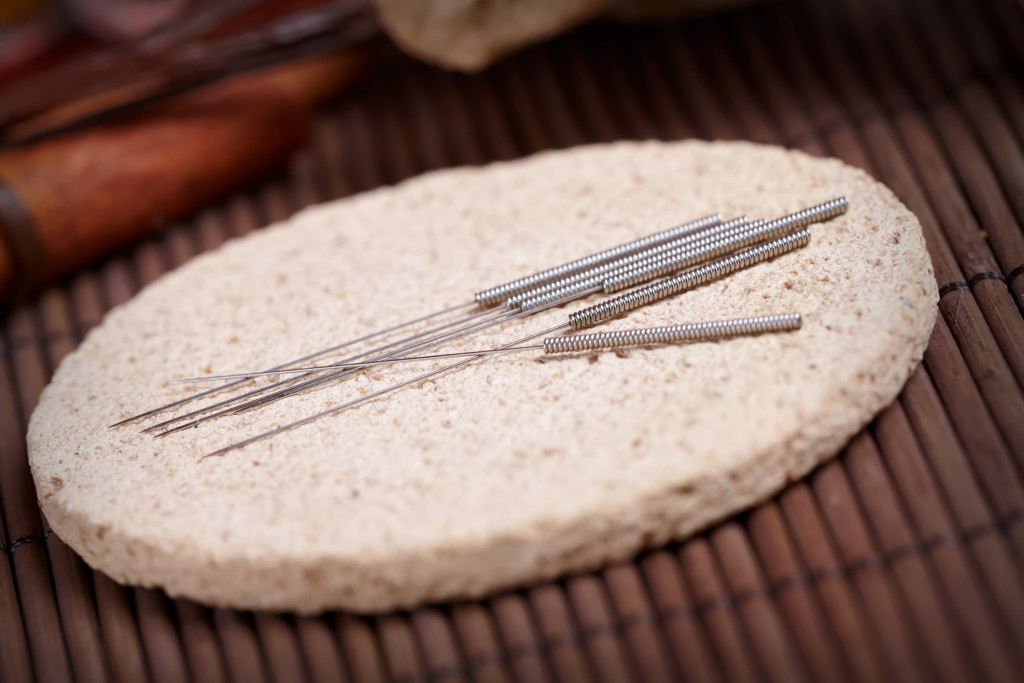 I have always stayed away from acupuncture. I mean why would I willingly subject myself to being poked all over the body with needles? I was the one who tried to kick my doctor in the face because I was afraid he was going to give me one. The poor, frustrated man, was only trying to give me my sock, but when you’re five and at the doctor’s office anything is taken as a threat. So, I’ve stayed in the mindset of “Ain’t gonna happen if it’s needles” for years. How does one get out of that? Start working at the Xu Wellness Center, obviously!

Here I’ve learned that acupuncture isn’t a weird mystical practice like I was originally thought. Words like “qi” (pronounced chee) and “meridian channels” are grounded in common sense. “Qi” is defined as “life force.” It’s composed of healing bodily fluids. The “meridian channels” are pathways that run through the body carrying “qi” or blood and bodily fluids to all the body’s systems. The easiest way for me to remember that is thinking of the channels like rivers throughout the body. If you’re feeling well, then the rivers are flowing freely. If you’re sick, they’re blocked up like a beaver that’s built a dam in the middle of you’re local fishing spot. Even if the river’s flowing, it’s not moving at its optimal speed.

So the big question is, what do needles have to do with it? They stimulate the nervous system to produce the fluids that you need for healing. In other words, they unblock the dam and let your qi flow like it’s supposed to. These chemicals released in your body can also decrease pain. Fortunately for anyone who hates needles, like me, acupuncture needles aren’t scary  like the regular ones at the doctor’s office. They’re not made with sharp points to slice into the skin, but instead have rounded tips that push the skin apart. No getting poked to death like a pin cushion! They are solid and very thin. While it’s possible you might feel a slight pinch (compared to that of a mosquito bite), often that doesn’t even occur.

Studies have shown that it does. Acupuncture is used for pain relief, reduction of inflammation (which is present in a large number of diseases), and restoration of homeostasis. Since these are its primary effects, it’s used in treating a wide range of ailments, including these:

How do I get started?

The best way to get started is to call and make an appointment.

Who is Dr. Xu? Dr. Mark Xu is a third generation practitioner of Oriental Medicine, who is licensed at both state and national levels for acupuncture and herbology. He grew up learning aspects of herbal formulation from his family at just ten years old. Dr. Xu continued to study Oriental Medicine in Chengdu University of Traditional Chinese Medicine and graduated with honors.

The length of treatment varies depending on the condition.

Does insurance cover acupuncture? We don’t accept insurance, but some insurance companies will reimburse you depending on your particular plan.

Acupuncture is about treating the body as a whole, not getting rid of only one symptom. If you’re unwell, in pain, feeling like nothing you’ve tried is working, or simply want stress relief, why don’t you give us a call? We’re always happy to talk with you about any questions you may have that weren’t addressed in this post! ~ Xu Wellness Team

Stay updated on our posts by subscribing through email!